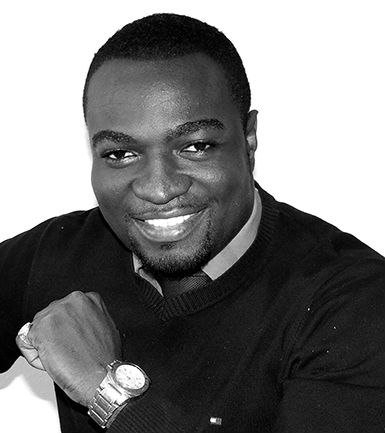 A native of Ghana, West Africa, Jonas Anim studied political science, English and linguistics at the University of Ghana.  He also holds an international diploma in broadcast journalism, newspaper reporting and media law from the Institute of Commercial Studies in London England. Currently, Jonas is majoring in journalism and minoring in multimedia at the University of Oregon.

Over the last eight years, Jonas has worked as a sound engineer, videographer and producer of television shows in Ghana.

With a passion for and devotion to youth, Jonas previously anchored a nationally syndicated television show in Ghana called ‘Campus File’ that centered on the issues and concerns of Ghanaian youth and college students. In addition, Jonas has worked with the Parents and Childs Foundation nonprofit, building awareness of child abuse and child trafficking on the western coast of Ghana.

After moving to the US, Jonas has continued his interests in journalism as he currently works for the Pacific Athletic Conference-12 PAC12 Network as a junior camera operator, time coordinator and mill assistant.

Jonas intends to pursue a career with the World Health Organization, teaching young children the benefits of health and hygiene, along with creating and developing public health awareness programs in Ghana and Africa. Jonas will use his knowledge of multimedia in breaking down location and language barriers, doing his part to create a better, healthier, stronger African continent.