Karla Kennedy is an award-winning scholastic journalism teacher with enormous passion for freedom of the press and student press. Kennedy had a 17-year career as a high school journalism teacher and advisor in her home state of Florida. She has also taught at Santa Fe Community College in Gainesville and the Summer Journalism Institute at the Museum of Contemporary Art in North Miami. She received her Ph.D. from the University of Florida in 2011. After Kennedy became recertified for public school teaching in Florida in 2000, she decided to pursue a Master’s in Mass Communication with a focus on student media advising at Florida International University. There she met Dr. Lillian Kopenhaver, a mentor, professor, and dean emeritus at the School of Journalism and Mass Communication.

In 2005, Kennedy was a fellow at the American Society of Newspaper Editors High School Journalism Institute at the UC Berkeley Graduate School of Journalism. In 2007, the year she began her Ph.D. program, Kennedy became the first African American to be named Journalism Teacher of the Year by the Florida Scholastic Press Association. 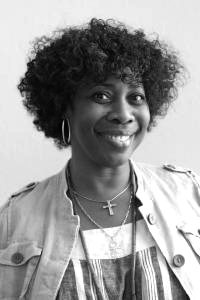